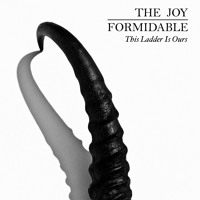 The Joy Formidable This Ladder is Ours

Eric Shapiro
Published:
Jan 30, 2013
Total plays:
13,448
Saved:
92 times
Sounds like: Lush, My Bloody Valentine, Yeah Yeah Yeahs, Arcade Fire
Tags: indie rock, alternative rock, arcade fire
Why do we like this?
Alternative rock seems to be making a comeback. With releases like Cloud Nothings' Wasted Days and the Menzingers' On The Impossible Past (both released to much acclaim in 2012), a genre that discredited itself with endless sub-par Nirvana and Pearl Jam ripoffs is sailing onto the indie rock radar with the winds of 1990s nostalgia at its back. The Joy Formidable is one of the flagship bands waving its alt-rock flag influences high, all the while supplementing them with a fresh aesthetic and new musical depth.

The band generated quite a bit of buzz with its debut LP, The Big Roar, back in 2011. I was studying abroad in London at the time, and someone in one of my classes chose the band's TV performance of hit song "Whirring" as an example of iconography in the media, or something to that effect. The Welsh trio, led by the charismatic Ritzy Brian (lead vocals, guitar), made an immediate impression. They played their music with a sense of urgency absent from much contemporary indie rock.

The band's second album, Wolf's Law, hits with the same visceral impact, only with a more streamlined songwriting approach that is simultaneously easier on the ears and richer in sonic detail. "This Ladder is Ours," the album's third and highest-charting U.S. single, is representative of the album as a whole, beginning with an orchestral flourish before breaking out into a spasmodic alt-rock riff that crops up continually over the course of the song.

The verse melody is simple, but the band (specifically drummer Matt Thomas) keeps things interesting with rhythmic shifts and occasional squalls of guitar noise. The chorus is immediately infectious, gaining traction with each repetition. Brian's voice rings with a melancholic fatalism far deeper than the words she sings. This is a band that's first and foremost about delivery, and each member sustains a level of intensity and sincerity, bringing welcome freshness to a well-worn musical style.
- Eric Shapiro
Streaming source: http://soundcloud.com/atlanticrecords/the-joy-formidable-this-ladder
TOUR DATES
View all X tour dates for . 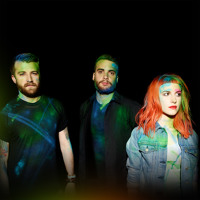 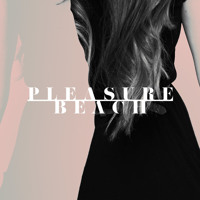